If you’re looking to reach Spotify playlists and editorial selections quickly with your music releases, and trigger the Spotify algorithm to show your songs to more listeners, one of the best methods to use is a pre-save campaign.

What is a Spotify Pre-Save Campaign?

Pre-save on Spotify is a unique link that lets users of the platform save a particular song before it’s released. Then, on the release date, the selected song is automatically available in each user’s Library and Release Radar sections. By using pre-save, you can hack the Spotify algorithm and garner more listens, engagements, and followers right from the start. Major record labels and popular artists like Ed Sheeran, Drake, Arianna Grande, and more already use a pre-save campaign for each release to ensure that their newest tracks rise to the top – and independent artists can implement these campaigns to great effect. Why does a Spotify pre-save campaign work? You probably know that quantity is important when it comes to getting traction on Spotify, but the quality aspect can’t be overlooked either. Spotify algorithms determine the quality of a music track by assessing engagement, and assigning more weight to songs that lots of people interact with in some way. 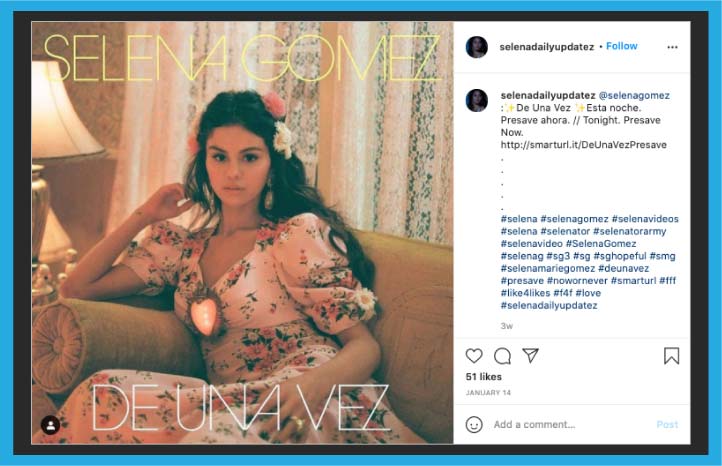 Every engagement counts toward the algorithm. A pre-save link lets people save your song, add it to playlists or queues, and start playing it immediately upon release, giving you a big boost in the Spotify algorithms right from the start. With a Spotify pre-save campaign, you can catch the attention of Spotify editors and reach algorithm-curated playlists like Fresh Finds, Release Radar, Discover Weekly and more.

How Do You Set Up a Pre-Save?

Pre-saves for upcoming new releases can typically be done directly from most online music streaming platforms. For the best results, we recommend setting up your pre-save on Spotify. Other streaming platforms use manually compiled, editor-curated lists to present music to subscribers – but because Spotify is such a large platform, many of their lists are created by algorithms, which you can influence with a Spotify pre-save campaign. Before you can set up your pre-save on Spotify, you’ll need a URI for your song. This is the direct address or link to your track on Spotify, which users can click to listen, add to lists, or share. The URI for a released song can be found by either hovering over “Share” beneath the name of the album and choosing “Copy Spotify URI”, or by clicking More (three dots) beside the song. 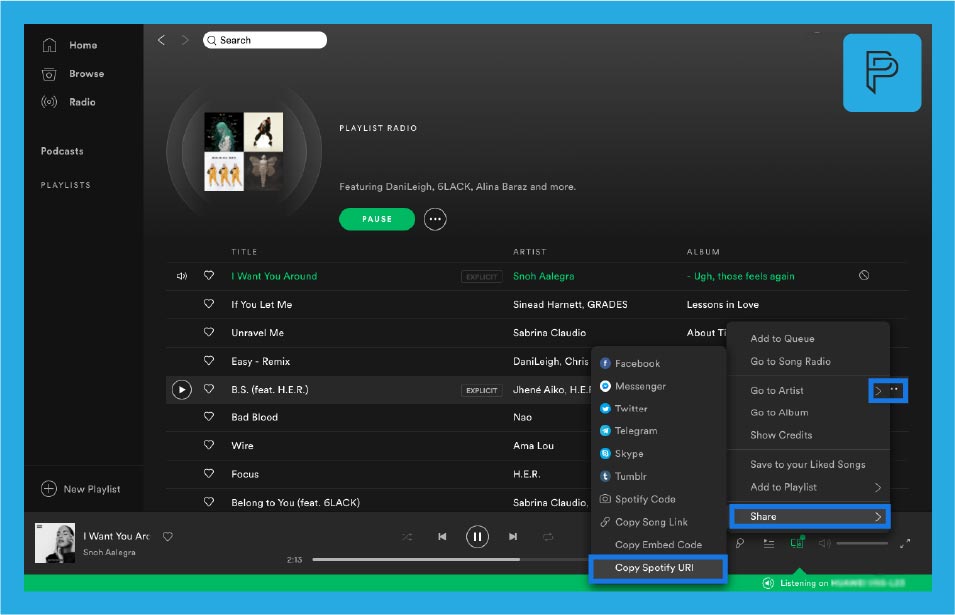 However, this URI is not set up before the release of a track, so you’ll need to get it another way. Your distributor may offer the option of providing a pre-release URI.

> If they don’t, you can use a service such as Smarturl.it or Presave.io to generate a Spotify URI.

Now that you’ve generated a pre-save link, it’s time to spread the word about your upcoming release.

How to Launch a Spotify Pre-Save Campaign 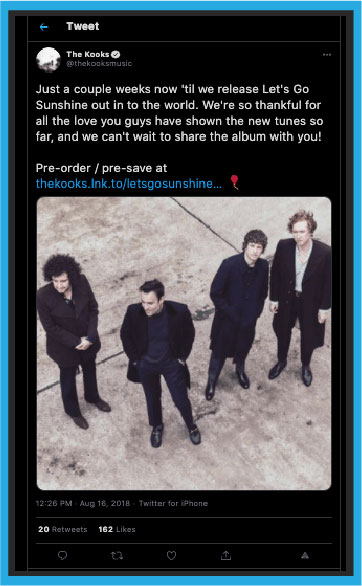 For best results, we recommend beginning a campaign to promote an upcoming track or album at least one month prior to your release date. This ensures that you have enough time to finalize any arrangements with a distributor, if you’re working with one; upload your track to multiple streaming platforms; and share the release through your newsletter and social media accounts.


With a pre-save campaign, you can not only engage with your existing fans and get them excited about the new release, but also incentivize your followers with more content and discover new listeners to add to your base. Pre-save campaigns create the all-important hype surrounding new music that leads to more streaming, more followers, and more playlist placements. It also grabs the attention of Spotify editors, increasing your chances of landing on curated playlists.

Adding Value to Your Pre-Save Campaign 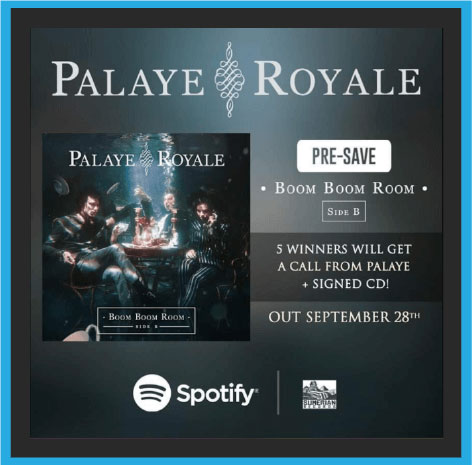 Most music artists recognize that social media is the most popular tool for promoting new, upcoming songs. Common social media content for new release promotion includes previews of music videos, audio snippets of the song, or a sneak peek of the lyrics. However, it can be discouraging when people fail to engage with your content – while existing fans may be interested in previews, people new to your work are often not engaged.


One great way to attract new fans for not-yet-released tracks is to post content that allows the audience to engage and identify with you as an artist. Look for something unique and intriguing to share with existing and potential fans, whether it’s a funny story about the song, a behind-the-scenes look at creating and producing, or the inspiration that led to writing the track.

Above all, make sure that anything you share with your audience is honest and transparent. People respond well to genuine interaction with an artist, and can often tell when someone is being less than forthcoming on social media.

Another great way to add value to your pre-save campaign is to hold a contest or giveaway surrounding your upcoming release. This rewards your audience for engaging with your pre-save link and adding it to their Spotify playlists, which in turn improves your track’s performance with the algorithms. 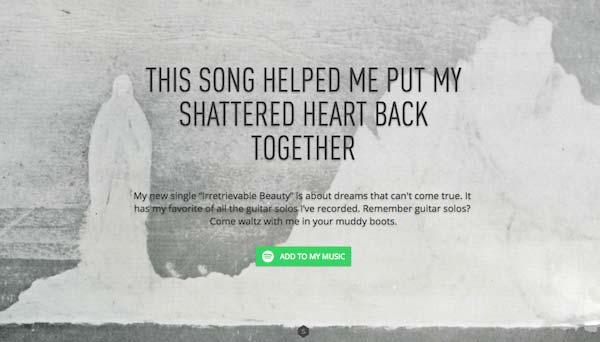 What should you offer? Popular rewards for music fans include tickets to performances, artist merchandise, access to exclusive events, or rehearsal invitations. These types of rewards not only increase audience involvement and enthusiasm, but also provide you with the opportunity to generate more content that can be used in future promotions.

Get More Spotify Exposure with a Pre-Save Campaign 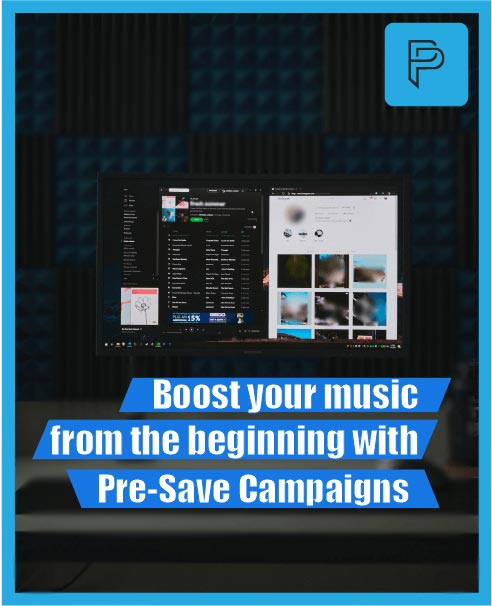 The Spotify platform is powered by an algorithm that incorporates engagement-to-stream ratio, making it critical to have an engaged audience on Spotify. If users are streaming your track but not saving or otherwise engaging, your song will be pushed lower in the algorithm. However, high engagement levels will get your songs onto more playlists and catch the attention of Spotify editors.

Using a pre-save campaign to promote an upcoming release will help you boost your tracks from day one, bringing you greater engagement, more followers, and exposure to new audience along with recognition from Spotify. Need help setting up your Spotify pre release campaign? Contact us today to learn more about our services for upcoming releases, existing songs, and much more – we help emerging artists get noticed!